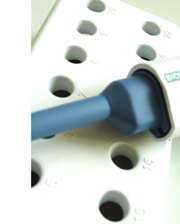 Every fourth individual in Europe has ever been diagnosed with a common disease, such as cancer, asthma, diabetes, or myocardial infarction. The aim of our research is to determine genetic and lifestyle factors that influence human phenotypes, clinical variables and risk of disease. We also evaluate how such factors can be used to predict, or even prevent, common diseases.

Our goal is to broaden our knowledge of disease pathophysiology, which is important for developing drugs to prevent, delay progression, or relieve symptoms of disease. We have three main research interests:

One of the main focuses in our research has been the genetic contribution to common diseases. During the last 15 years, we have contributed to the identification of thousands of genetic variants that influence the risk of common diseases, using genome-wide association studies (GWAS). Despite this success, only a fraction of the genetic contribution to disease has been identified, and most of the genetic factors remain unknown. Our ongoing projects in genetic epidemiology/genomics medicine focus on:

Besides genomics, our research also focuses on lifestyle factors and their effects on disease risk. Here we use biostatistical approaches aiming to identify risk factors for common diseases, and to identify gene-environment interactions and sex-specific effects. Some ongoing projects include:

One limitation in observational studies is the difficulty to determine causality since observational studies are influenced by confounding and reverse causation. In our research we use several approaches for causal inference, including Mendelian Randomisation which is an instrumental variable approach to obtain consistent estimates of putative causal relationships. Some of our research projects include: